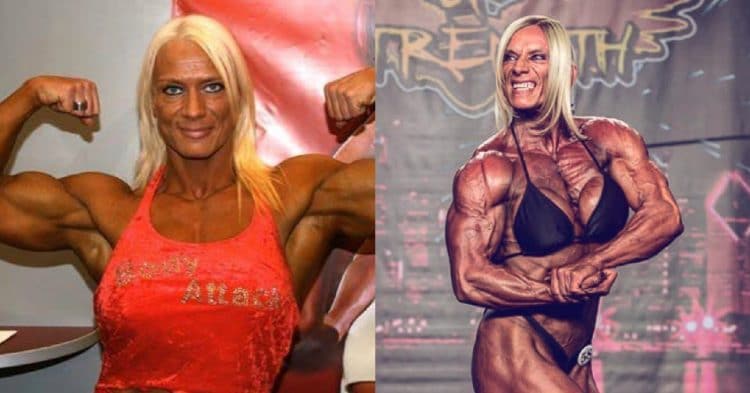 The bodybuilding world is at a loss currently, as IFBB Pro Nicole Pfützenreuter has passed away. This came after a hard battle with bladder cancer. Nicole Pfützenreuter, also known as Nicole Savage, earned her Pro Card after getting a relatively late start in the sport, at age 27. She made a big impression among German fans, winning the 2004 German Championships, and scoring third at the 2005 Masters World Championships to turn pro. However after this, she started to make a name for herself in the Western Hemisphere, competing at the Tampa Pro, New York Pro, and Chicago Pro, as well as other shows throughout the United States. Unfortunately, it seems that Nicole Pfützenreuter has passed away at the young age of just 51 years old. This came as a result of her dealing with bladder cancer, a diagnosis that she went public about earlier this year. Her husband, Karsten revealed this news, before a post to her official Facebook confirmed her passing.

“You will live forever.

In the hearts of those who love you.

Nicole Pfützenreuter made the announcement of her diagnosis earlier this year, with a post to her Instagram. Here she revealed that not only was she diagnosed with bladder cancer, but she had also gone through an extensive surgery, lasting 11 hours. She would go on to have chemotherapy in the efforts to defeat this disease. Yet in the end this would not be enough, with her succumbing to the viciousness of her illness.

“At that moment my wife is receiving her first chemotherapy. Tomorrow is Nicole’s birthday. I wish for two things: that everyone crosses their fingers, that everything will be fine and that you all congratulate my wife on her birthday tomorrow. Be it here on Instagram or on Facebook. That would make her very happy. Dear and thank you in advance” This is obviously a heartbreaking loss for the community, and in particular the German bodybuilding scene. Nicole Pfützenreuter seemed to be a very beloved figure in the sport, and had a ton of fans around world. She appeared to bring a positive energy into the world, even when she was fighting this battle with cancer. There is no doubt that her presence on this Earth will absolutely be missed. FemaleMuscle would like to offer our sincerest condolences to the friends and family of Nicole Pfützenreuter.

God Bless and Keep us all, Always. Amen.