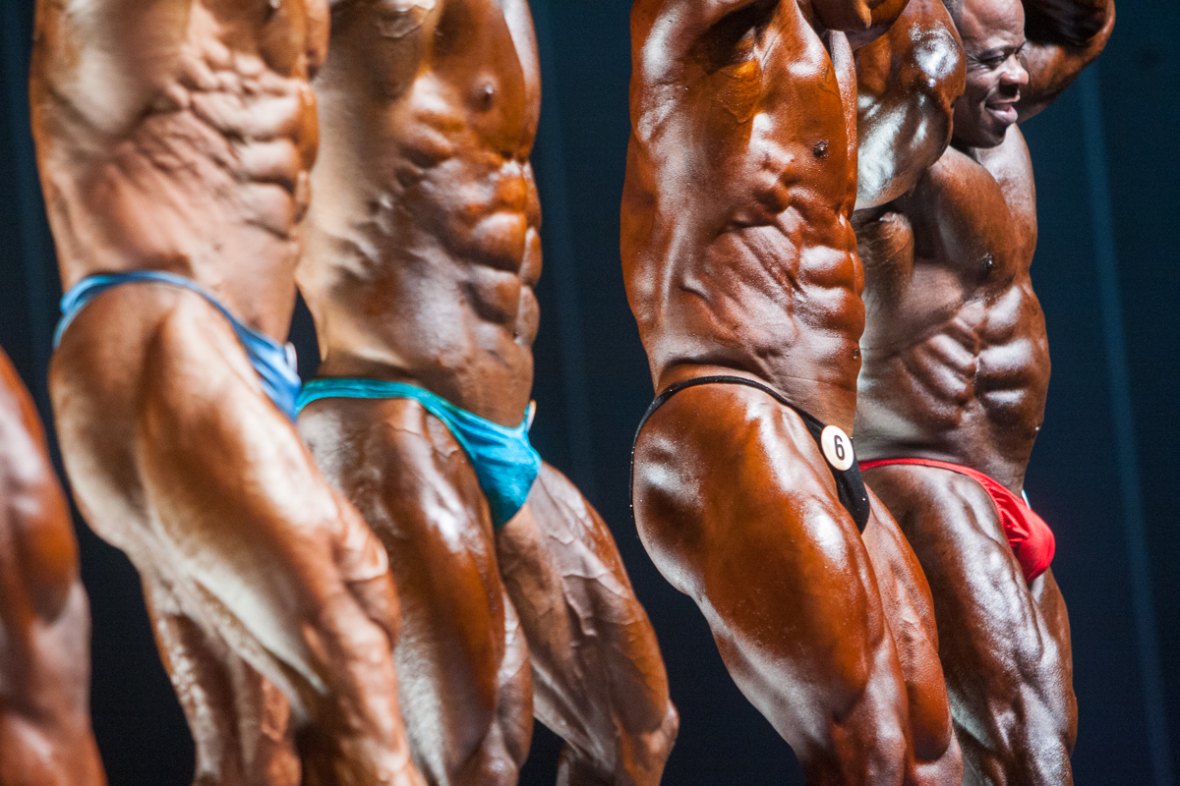 When you are at an elite bodybuilding competition where the competitors are all in outstanding shape, they typically all look wonderful when they are first introduced individually on stage. But as soon as you start comparing them, seeing them standing side by side, subtle differences become more and more apparent. Some start to look better

When you are at an elite bodybuilding competition where the competitors are all in outstanding shape, they typically all look wonderful when they are first introduced individually on stage. But as soon as you start comparing them, seeing them standing side by side, subtle differences become more and more apparent. Some start to look better and others worse.

A lot of our perception is based on comparison and contrast. If you take a 24 gram weight in your hand, it would be very difficult for you to accurately guess how much it weighs. But hold a 26 gram weight in your other hand, and the difference between the two masses is immediately apparent.

A similar situation occurs when you look at a physique on stage. With nothing to compare it to, it is difficult to notice subtle differences in body parts, proportion, symmetry or muscularity. But compare it directly to another standing beside it, and the fact that the waist is a little too thick, or there is not enough flare in the quads or the muscularity is a little too soft and lacking detail become apparent. In fact, the longer you look, the more apparent this kind of thing becomes.

This process has a lot to do with the way perception actually works. When you see something new, the brain does a quick scan and stores some general information. A kind of sketch. As you continue to look, the brain adds layers of detail, creating a more complex mental picture. So looking at a lineup on stage, after 20 or 30 minutes you naturally start to “see” more than you did at first. You don’t have to make any special effort to make this happen. It is part of a natural process.

Next show, notice how over time some competitors just look better and better, while others look gradually worse and worse. That is the brain laying down layers of perceptual detail and complexity.

Bodybuilding contests are held in various rounds, but given how the brain works it might actually make sense for the judges not to do any scoring until the end of the event, after they have been looking at the competitors for considerable time and their brains have had time to store, correlate and assess what they have been looking at. This would allow scoring with no real effort.

The way the brain and perception works, the longer you look, the more you see and understand.

But this process doesn’t just take place over the course of a given single event. Each time a judge scores a contest, there is more information is stored in the brain. This is called “experience.” When experienced judges look at a lineup, they are not starting from scratch. They already have a huge store of stored information to rely on, they know what to look for and what they are looking at. So details become more immediately apparent that would not be available to somebody without this kind of extensive background.

The negative aspect of this is judges develop preferences, things they like about physiques and don’t like. These can become unconscious perceptual biases, such as having a particular liking for a lot of mass, big arms or highly aesthetic symmetry. Having this kind of bias does not make a judge “wrong” in scoring unless this is carried to extremes and begins to matter to a disproportionate degree. Two judges can and often do have a different opinion as to scoring a lineup — to some degree, at least. But the federations frown on it when those opinions vary too widely. Effective judging depends on having officials who share a consensus as to what the contest is all about.

By the way, the explanation above applies mostly to bodybuilding, which has more objective standards than other competitions like fitness, figure, bikini of physique. The standards of bodybuilding have evolved over decades on a gradual basis, based on to what degree competitors have been able to learn to build and shape muscle and achieve conditioning through diet and contest prep. Each achievement resets the standard. Judges do not require cross-striations in the glutes until they see a competitor with cross-striations in the glutes. Afterwards, they come to look for this kind of detail.

The judging in other categories of competition are much more subjective, which is why the scoring can vary so much from contest to contest or one judging panel to another. Although as women competitors in different categories become more and more muscular, the judges start to expect this and like in bodybuilding, this subjectivity is beginning to diminish.

Check out the following comparison photos of elite bodybuilders, and see who you think looks the most outstanding.

All photos are by Bill Dobbins, a founding editor of Flex magazine and prolific bodybuilding photographer.